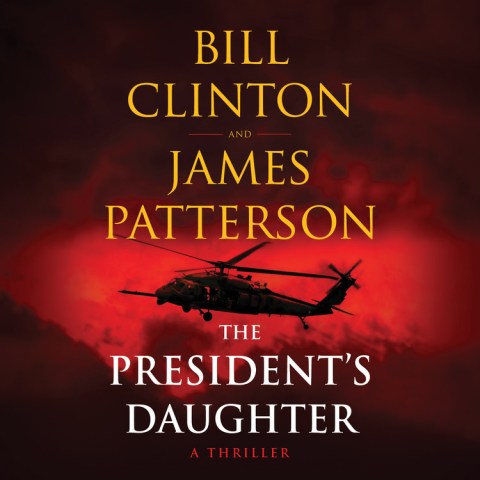 Narrated by an all-star cast! Scroll down for more on the actors who voice this heart-pounding thrill ride, and for an exclusive audio excerpt. 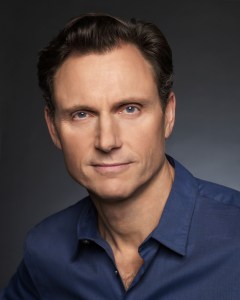 Actor, director, producer Tony Goldwyn has just completed production on “King Richard” with Will Smith, which follows the rise of Venus and Serena Williams and their father, Richard, who also served as their coach. Previously Goldwyn starred in back-to-back critically acclaimed Broadway productions: Olivier Award-winner The Inheritance from Matthew Lopez, directed by Stephen Daldry and Ivo van Hove’s Network with Bryan Cranston. He gave a scene stealing guest appearance in HBO’s “Lovecraft Country” and also co-starred with Uma Thurman in the Netflix series, “Chambers.” Additionally, he concluded his role as ‘President Fitzgerald Grant’ in Shonda Rhimes’ “Scandal” after its seven-season run.

Other recent film credits include Mark Felt: The Man Who Brought Down the White House, The Belko Experiment and Divergent. Goldwyn first caught audiences’ attention in the box office smash Ghost. He appeared in numerous other films including The Pelican Brief, Kiss The Girls, Nixon, The Substance of Fire, The Last Samurai, and the remake of Wes Craven’s classic The Last House on the Left.  He is familiar to children as the title voice in Disney’s Tarzan.

Behind the camera, he co-created, directed, and executive produced the critically acclaimed series titled, “The Divide” for AMC Studios.

In addition to acting on the shows, Goldwyn directed multiple episodes of “Scandal” as well as “Chambers.” More television directing credits include “Dexter,” “Justified,” “Law & Order,” “Damages,” “Grey’s Anatomy,” and “The L Word,” among others.

Goldwyn made his feature directorial debut with A Walk on the Moon.  The film premiered at the Sundance Film Festival, receiving praise from critics as well as special recognition from the National Board of Review for Excellence in Independent Filmmaking.

Further feature directing credits include The Last Kiss, for which Goldwyn received Best Director from the Boston Film Festival, and the romantic comedy Someone Like You.  His last effort, Conviction, starring Hilary Swank and Sam Rockwell, earned Swank a SAG Award nomination, won Best Film at the Boston Film Festival and was awarded a Freedom of Expression honor from the National Board of Review.

Other television acting credits include, “The Good Wife,” “Dexter,” “Law & Order: Criminal Intent,” “Without A Trace,” “The L Word,” the HBO Mini-Series “From The Earth To The Moon,” “Frasier,” “Murphy Brown,” and “Designing Women.”

Goldwyn began his acting career on the stage, spending seven seasons at the Williamstown Theater Festival.  New York theater credits include The Water’s Edge and Spike Heels at Second Stage Theater, The Dying Gaul at Vineyard Theater, Holiday at Circle in the Square Theatre, The Sum of Us at Cherry Lane Theatre, for which he won an Obie Award, Digby at Manhattan Theatre Club and the revival of Promises, Promises on Broadway.
He also dedicates much of his personal time to philanthropic work. Goldwyn serves as an Ambassador for Stand Up To Cancer and is a board member for the humanitarian relief organization Americares. Additionally, he is a Trustee for Second Stage Theater, sits on the MPTF Foundation Board of Governors as well as the Board of Trustees at the Innocence Project. 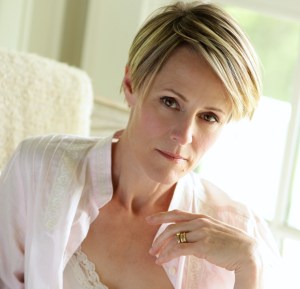 Mary Stuart Masterson in an acclaimed writer, director and actress with a versatile body of work. Mary Stuart won the National Board of Review Award for Best Supporting Actress for her role in the feature film IMMEDIATE FAMILY and was Tony nominated for her performance in the Broadway show, NINE. Mary Stuart was most recently seen in Hank Steinberg’s ABC series FOR LIFE produced by 50 Cent. She was also recently seen in a recurring role on NBC’s BLINDSPOT and in A24’s feature length adaptation of Guy Nattiv’s Oscar-winning short, SKIN, opposite Jamie Bell and Vera Farmiga. Mary Stuart was previously seen in AS YOU ARE, which won the Special Jury Prize at Sundance, as well as recurring roles on NCIS (CBS) and BLUE BLOODS (CBS). She was also recently seen in SpectreVision’s psychodrama DANIEL ISN'T REAL alongside Patrick Schwarzenegger.

In addition to her prestigious acting career, Mary Stuart is also well known for her directorial debut, THE CAKE EATERS, which starred Kristen Stewart and Bruce Dern. The film premiered at the Tribeca Film Festival and was awarded audience and jury prizes at numerous other festivals. 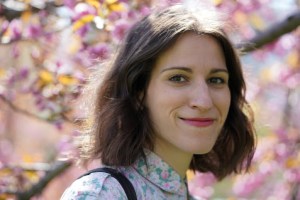 Amanda Dolan is a performer, improvisor and voiceover artist, who has recorded over 250 audiobooks with Tantor Media, BBC America, Audible, Harper Collins, Brilliance, Simon & Schuster, Macmillan Audio, Podium Publishing and Blackstone Audio. She can also be heard narrating news articles for you in the Apple News app. She has an MFA in acting from Brown University, and is a member of Actors’ Equity. She happily lives in Los Angeles with her dog, Stevie. 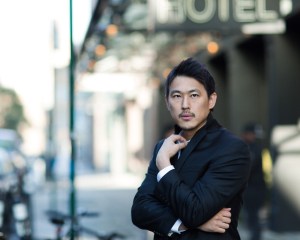 James works as an actor across the mediums of TV, film, theater, voice over, and audiobooks.

He can currently be seen on CBS’s FBI recurring as specialist Ian Lim. Previous fan-favorite roles include Kal on The Walking Dead, Sam Chung on Marvel’s Iron Fist, and Andy Sung on Law & Order: SVU.

His over 20 narrated audiobook titles can be found at Audible.com.
Recent favorites include: Cold Falling White, Nights When Nothing Happened, and Picture Us In The Light among others.

This has been an honor collaborating with authors, President Clinton and Mr. Patterson, and an exciting and imaginative exploration on China’s role as a global power. 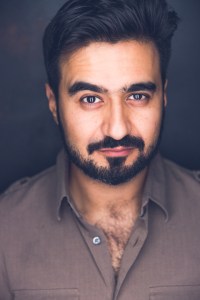 Fajer Al-Kaisi is an actor for the stage and screen as well as a voice over artist and audiobook narrator with over 100 titles completed. His most recent credits include "The Report" for amazon Prime, "FututreMan" for Hulu, and "Jellystone" for Wb studios. 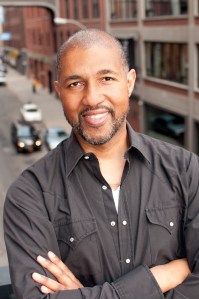 Dion Graham, from HBO’s The Wire, also narrates The First 48 on A&E. An award-winning and critically acclaimed actor and narrator, he has performed on Broadway, Off-Broadway, internationally, in films, and in several hit television series. Working with publishers large and small he's been honored with numerous Audie Awards, the Odyssey Award and Odyssey Honors, many AudioFile Earphone awards, and multiple PW Listen Up Awards. He's been named an AudioFile Golden Voice, Booklist's Voice Of Choice, Publishers Weekly's Narrator Of The Year, and to various other 'Best Of' lists. Known for excellence across genres his performances have been praised as thoughtful and compelling, vivid and full of life.

Dion Graham, from HBO’s The Wire, also narrates The First 48 on A&E. An award–winning and critically acclaimed actor and narrator, he has performed on Broadway, off Broadway, internationally, in films, and in several hit television series. His performances have been praised as thoughtful and compelling, vivid and full of life. 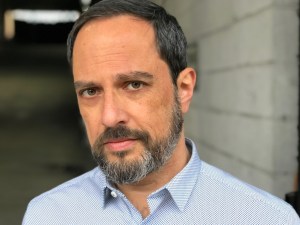 Peter Ganim is an American artist, descended of Lebanese, Syrian, and Slovak-Hungarian immigrants. As an actor, credits on and off Broadway, in independent film, as well as on several television series. As stage director, acclaimed productions of Pinter, Mamet, and Ionesco (en français). A sought-after narrator, highlights of his work include the audio editions of David Corn and Michael Isikoff’s Russian Roulette, chef Eric Ripert’s memoir 32 Yolks, and Matthew Baker’s recent collection of short stories Why Visit America. He lives and works in New York City. 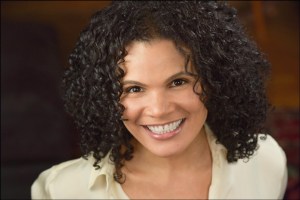 January (she/her) is an Atlanta-based actress, best known for her role as Noelle Ortiz-Stubbs on the long-running ABC daytime drama ONE LIFE TO LIVE.  She has appeared on and Off-Broadway, in regional theaters across the country, and guest starred on several prime time network series, including Elementary, Blue Bloods, and N0S4A2. She is a proud member of Actors' Equity Association and SAG-AFTRA, and is a full-time faculty member in the Department of Theater and Dance at Emory University.

An Audiofile Magazine “Golden Voice” since May 2019, January has an extensive body of work in both narration and commercial voiceover.  With hundreds of audiobook titles to her credit, she has received more than thirty Earphones Awards, eighteen Audie Award nominations (including seven wins), and was named Publishers Weekly's "Audiobook Narrator of the Year" for 2013. Her voice has been heard in national campaigns for products such as Revlon, Toll House, United Health Care, Dannon, Asthma.com, Home Depot, and Obama for America. 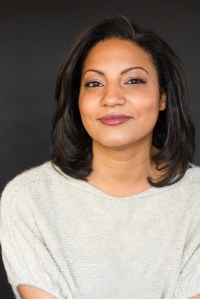 Soneela is a classically trained actress who began her career as a performer in theatre, film and television. Since 2009, she has narrated works in many genres including Fiction, Young Adult, Fantasy, Sci-Fi, Nonfiction and many works by South Asian and Black authors. Her 200+ audiobooks have yielded 14 Earphone awards, an Audie nomination and a SOVAS nomination. Her audiobooks have been featured in Best Audiobooks lists by AudioFile Magazine (2016, 2019) and The Washington Post (2018, 2020). 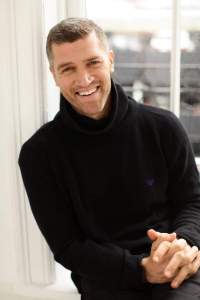 Jeremy Davidson is an Audie Nominated actor and writer. Previous Audiobooks include President Clinton's and  James Patterson's The President is Missing, four books in the Jason Bourne series,  Ray Lemoine and Jeff Neumann's Babylon by Bus, Steven Tyler's memoir Does the Noise in my Head Bother You?, The Monuments Men,  and others. TV/Film: The Americans, Seven Seconds, Army Wives, Kill Point, and many others. Writer/Director of the film Tickling Leo. Founder: Storyhorse Documentary Theater.

James Patterson and Bill Clinton—the “dream team” (Lee Child)—return with a thriller even more compelling than The President Is Missing.

Every detail is accurate—
because one of the authors is President Bill Clinton.

The drama and action never stop—
because the other author is James Patterson.

Matthew Keating, a one-time Navy SEAL—and a past president—has always defended his family as staunchly as he has his country. Now those defenses are under attack.

A madman abducts Keating’s teenage daughter, Melanie—turning every parent’s deepest fear into a matter of national security. As the world watches in real time, Keating embarks on a one-man special-ops mission that tests his strengths: as a leader, a warrior, and a father.

The authors’ first collaboration, The President Is Missing, a #1 New York Times bestseller and the #1 bestselling novel of 2018, was praised as “ambitious and wildly readable” (New York Times Book Review) and “a fabulously entertaining thriller” (Pulitzer Prize–winning author Ron Chernow).